In Minneapolis, you’ll find everything you’d expect in a large, glitzy city: skyscrapers, hotels, shops, restaurants, even some unusual urban art… but you’ll quickly notice that concrete jungle Minneapolis is not. Straddling the Mississippi River, Minneapolis, nicknamed the “City by Nature”, has more bike trails than you can tackle on two wheels in one day and so many parks – 266 to be exact – that 96% of residents live within a 10-minute walk from one of them. According to the Trust for Public Land’s Park Score, Minneapolis has been consistently ranked as one of the best park systems in the nation for the last six years, besting more well-known New York City and San Francisco. 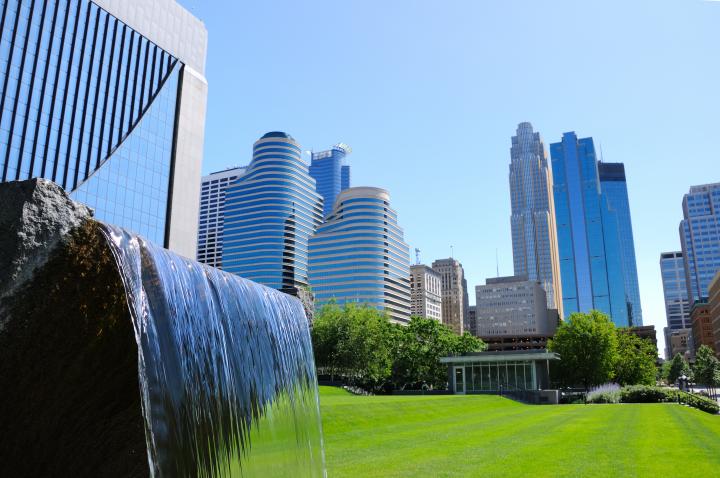 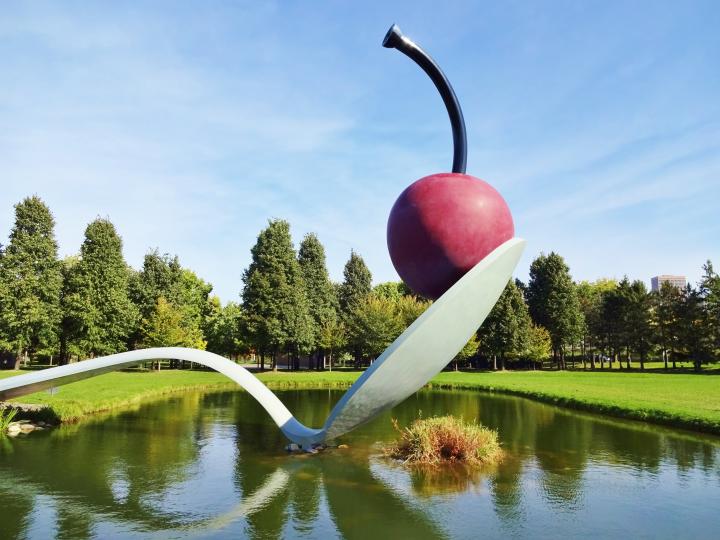 If you’re more of an indoor person, you can get your exercise in nearby Bloomington, Minnesota’s Mall of America. With over 2.5 million square feet of retail space and 500+ stores, this megamall is the largest of its kind in the U.S. 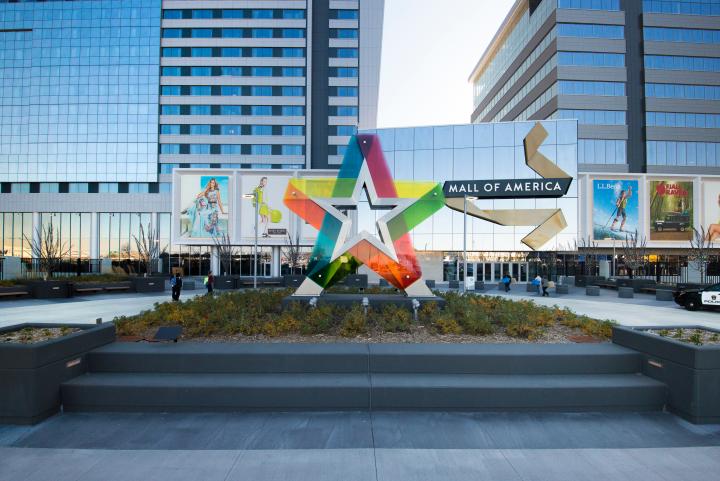 At the end of your miles-long walk, if you want an unusual restaurant/bar experience, weather permitting, head to Betty Danger’s Country Club to sit in a gondola on a vertically rotating patio. Just like on a Ferris wheel, the so-called mechanical tree known as “The Danger”, vertically rotates and stops at several perch points. Unlike a traditional carnival ride though, you can drink and dine aboard this one for up to five full rotations.
“The Danger”, a rotating dining experience 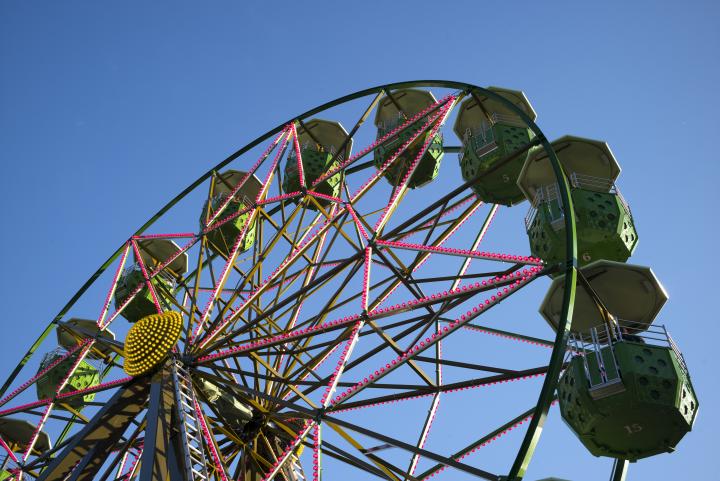 “The Danger”, a rotating dining experience

In St. Paul, you’ll find an older, quieter, historic capital city with hundreds of late-19th and early-20th-century mansions built during the time of the railroad barons. Famous for inspiring F. Scott Fitzgerald’s cherished work, The Great Gatsby, it’s a city that once teemed with speakeasys during Prohibition and now boasts many stellar breweries and brew pubs. 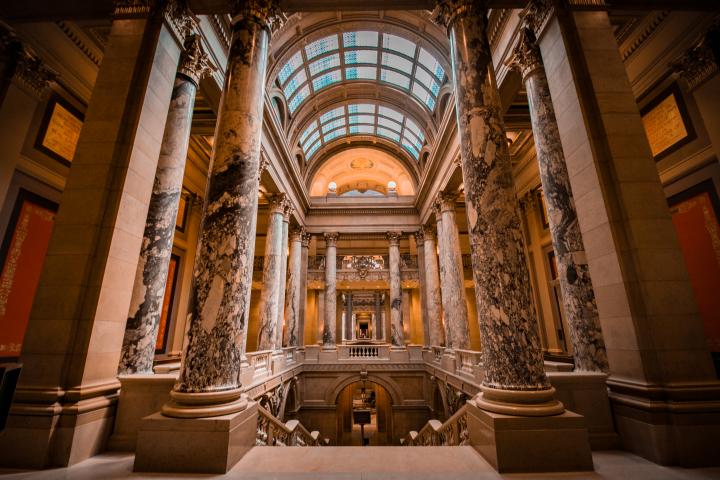 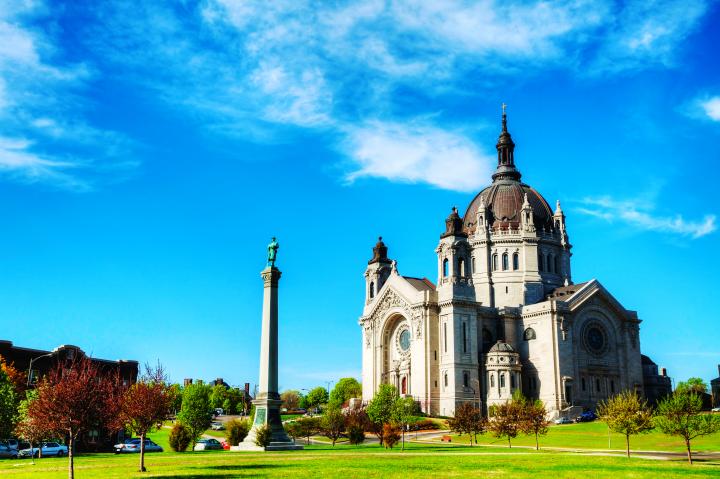 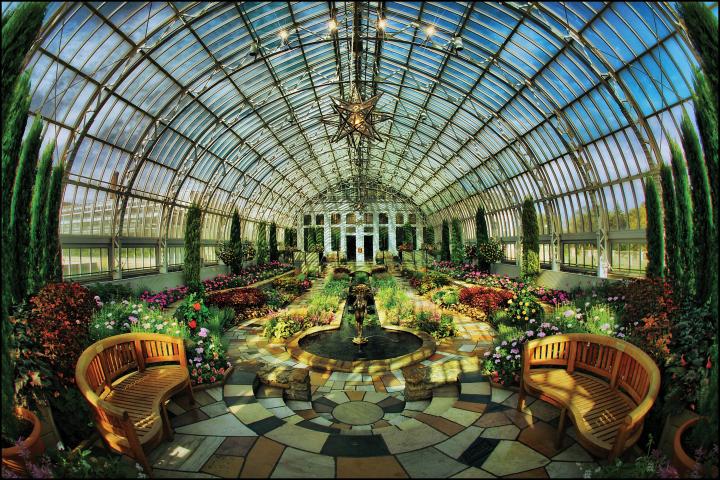 The sandstone Wabasha Street Caves on the south shore of the Mississippi River once housed a speakeasy that was reputedly frequented – and now allegedly haunted – by gangsters like Ma Barker and John Dillinger. Shut down during WWII, the caves, which were originally operated as silica mines for glass production in the 1840s, later opened as a disco in the 1970s. Today, the caves are a great place to see live big-band music and eat a great meal. For local comfort cuisine, Hotdish is a meat and veggie casserole, typically cooked in mushroom soup and topped with tater tots. 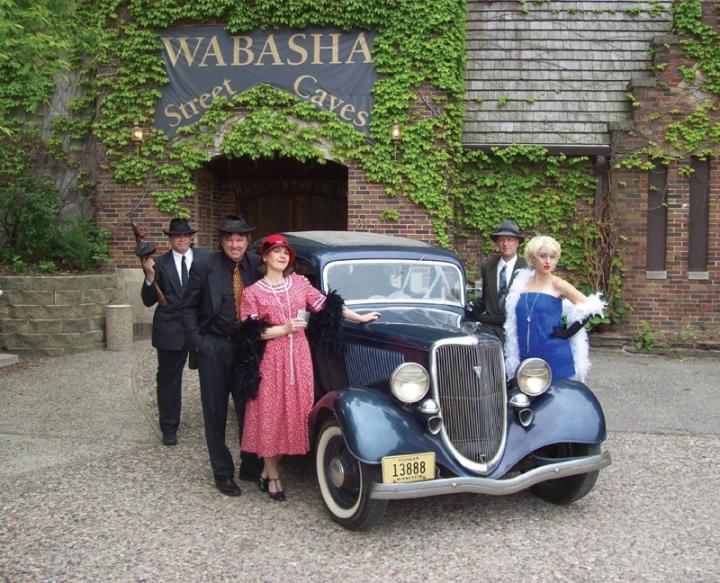 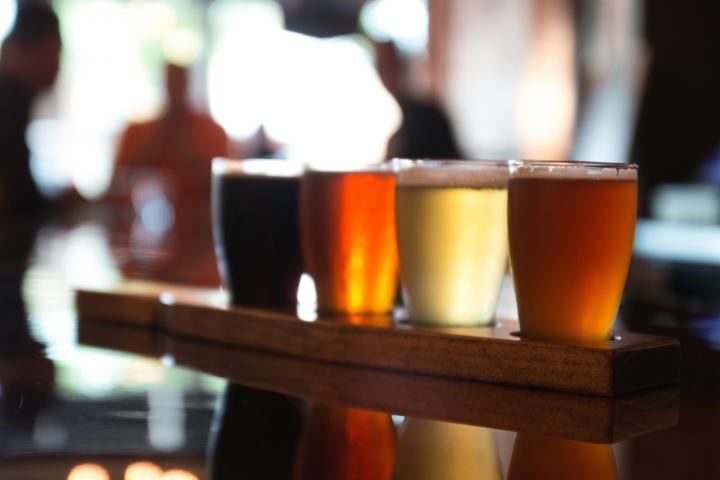 If you like Peanuts, the comic strip kind, you’ll delight in seeing 100 life-size characters from Charles Shulz’s The Peanuts & Charlie Brown installed throughout the city. Built to posthumously honor Shulz, a St. Paul native, the statues have attracted millions of fans.