After the picnic with his friends (Chapter 6), Seymour began to feel bored. Really bored. For a change of pace, he’d answer work emails while vacuuming. During especially boring meetings, he’d mute his speaker to do the dishes. It wasn’t long before his house was spotless. 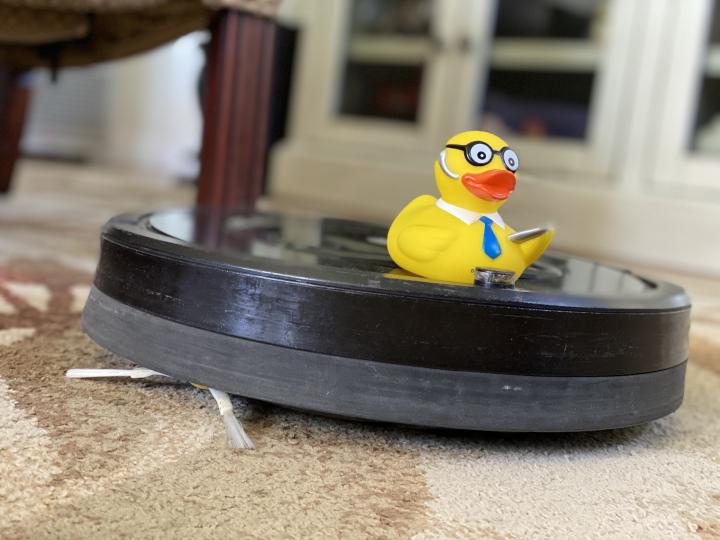 Seymour on top of his robotic vacuum cleaner. If only it were a flying saucer! 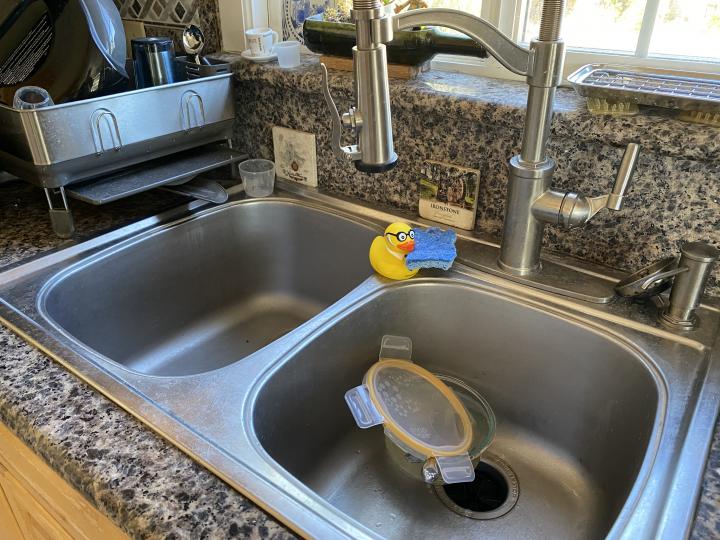 While eating an early lunch, Seymour and his roommate, Jose, learned that Shelter-in-Place had been extended through May 31st. 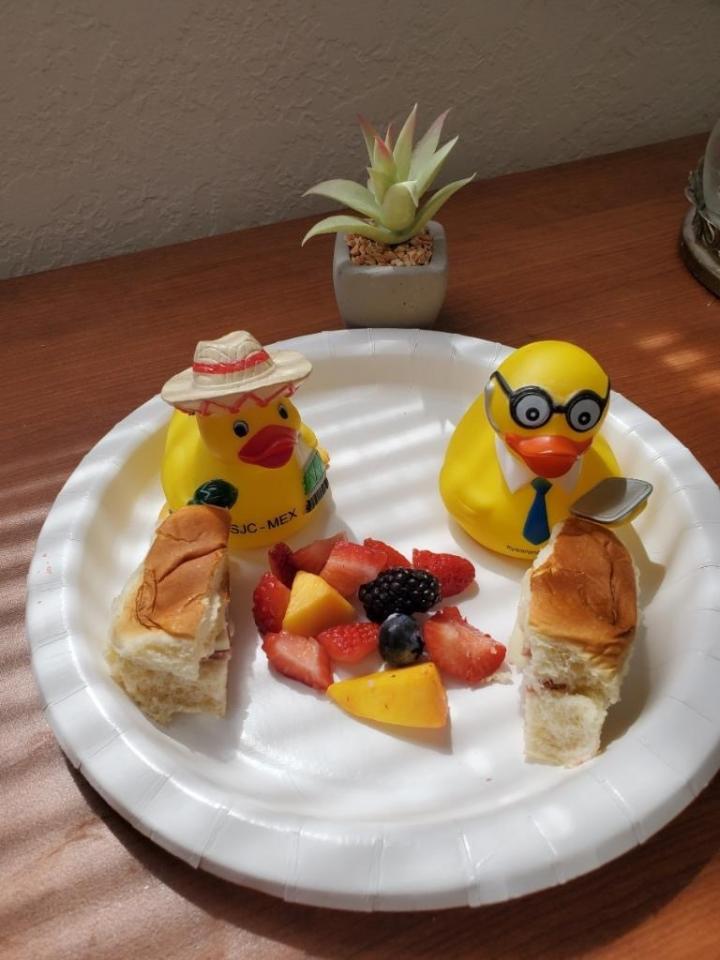 “Ugh!” Seymour quacked. “Another month at home?! I get that Sheltering-in-Place keeps us all safe but still… I can’t wait to travel again.”

“I know…” Jose said compassionately. I can’t wait for you to travel again too, he thought to himself. “But at least this gives the airport more time to refresh the runways with new stripping, remove tire marks from the runways, and mow the airfield. Did you see SJC’s Behind the Scenes tweet?”

“Yeah…true.” Seymour sighed. He was feeling rather prickly and didn’t want to take it out on Jose so he strapped on his mask and went outside for a quick walk to clear his head. 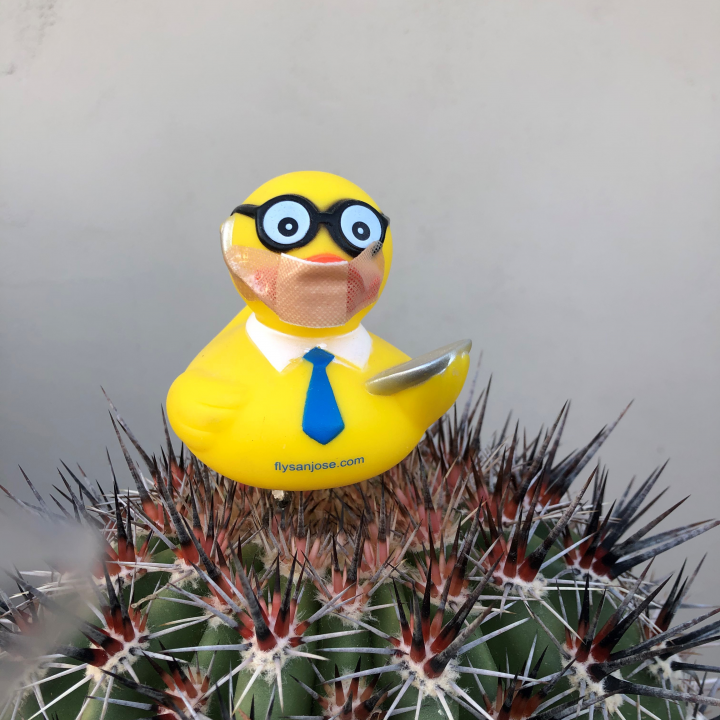 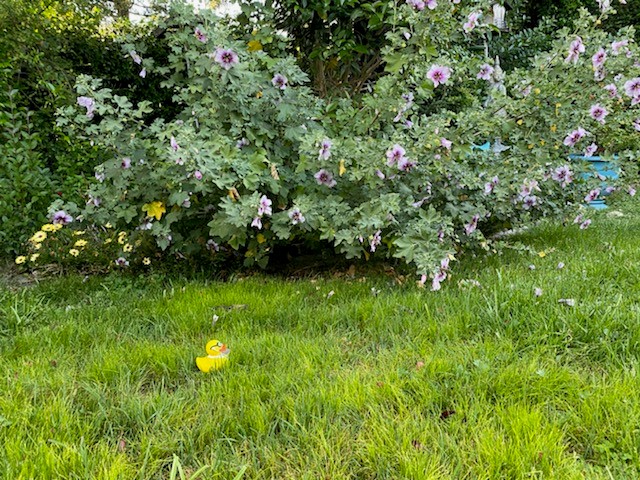 After cooling down a bit, Seymour decided to call his friend, Sawyer. 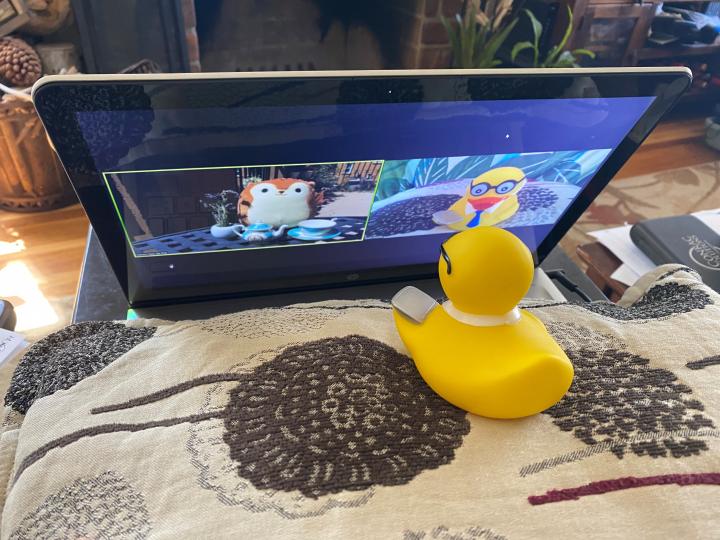 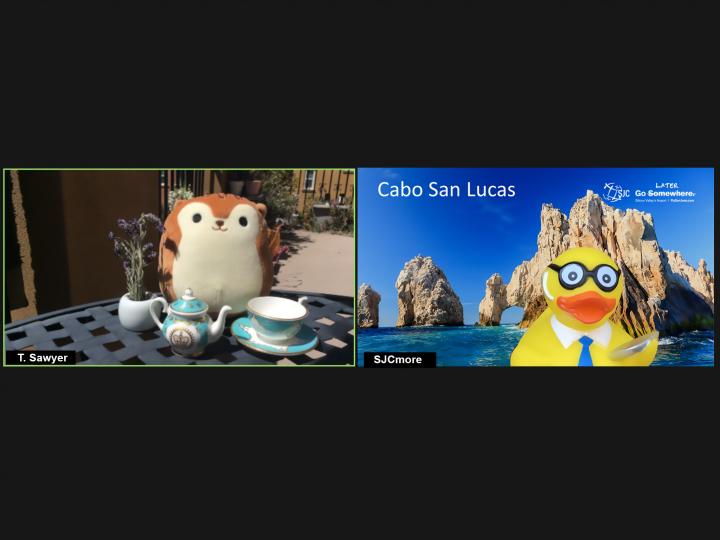 “Hey. Thanks. Cool.” Sawyer said trying to address everything Seymour had just said. “How’s it going?”

Sawyer knew this was going to be a delicate conversation. “I understand how you feel, buddy. But you know you can go later. Have you started planning your next vacation yet?”

Seymour said he couldn’t decide. There were so many destinations to choose from, it was difficult to narrow down egg-actly where he wanted to go.

“Perhaps you can just spin a globe, close your eyes, and pick a spot with your beak? I’m sure SJC can take you there…”

Seymour paused to consider this suggestion. Knowing SJC to be a global airport, Seymour was confident that he’d be able to fly wherever he wanted to go. But who knows where he’d end up if he just chose randomly. He told Sawyer he’d give it some thought.

Sawyer smiled and decided it was time to distract Seymour from his misery. All he needed was Seymour’s email address and a close-up photo.

Later that night, Sawyer reached out to Jose. Together, they hatched a plan that would forever change Seymour’s life.