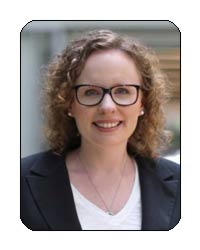 Allison is a Program and Team Manager at Google where she has worked for more than 6 years. Currently in the maps organization, she has previously worked in the data centers group as well as led their Technical Women@Google organization which focuses on retaining and developing the Company’s female technical talent. Prior to Google, she worked at startups and in the media industry. She holds a BA from San Francisco State University, a Certificate of Advanced Project Management from Stanford University and a MBA from Northeastern University with an emphasis in International Management.

Flying an average of 100,000 miles per year between work and personal travel, Allison has spent time in 25+ countries, including a year in England, and is passionate about traveling and experiencing new cultures. She and her husband not only love traveling together, but also have a deep appreciation of airports and even took some of their engagement photos at SJC in 2011.

As a member of the SJC commission Allison hopes to help drive economic and community development for San Jose, to help SJC become an industry leader in energy sustainability, and to ensure the airport is recognized for its operational excellence. Combining her knowledge of building innovative products for diverse sets of users, and passion for inclusion, she believes she will add value to the airport as it continues to grow its international footprint.

Originally from New Jersey, Allison has lived in the Bay Area for 14 years and currently resides in San Jose with her husband and their two English Bulldogs. She previously served on the Board of Directors of Junior League of San Jose where she oversaw all fundraising efforts.