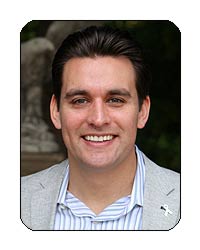 Councilmember Raul Peralez is a lifelong resident of San José and is currently serving as the Councilmember for San José Council District 3, encompassing the city’s downtown core and surrounding neighborhoods. Raul left his career with the San José Police Department after eight years, becoming the first active duty officer in the history of San José to be elected into public office. He continues to serve today in a volunteer capacity as a San José Police Reserve Officer.

Raul was motivated to run for office because he saw an opportunity to further support his community. As an active resident, Raul was Vice President of the Rosemary Gardens Neighborhood Association, he served on the Santa Clara County Human Relations Commission, and as an avid volunteer in our community. He has continued his leadership development and is a proud graduate of the Latino Leadership Alliance and a senior fellow with the American Leadership Forum.

As your elected representative, Raul has been a leader on several key issues facing the City. He has tackled public safety needs, the housing crisis, and transportation improvements, as well as helped spur sustainable and equitable economic development, all while maintaining quality city services for residents. Raul also represents the City on several regional and state boards and committees including the Valley Transportation Authority (VTA) and Association of Bay Area Governments (ABAG) as a voice for the Capital of Silicon Valley.

In early 2017, Raul married Victoria Ramirez. They live in the Rosemary Gardens neighborhood of greater downtown San José with their two dogs, Zoey and Birkin.