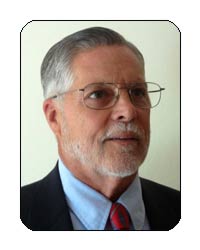 During his 40 years as a Silicon Valley engineer and engineering manager Mr. Blake traveled domestically and internationally on airlines as well as corporate and chartered aircraft. He became aware of the tremendous value of convenient air transportation to companies and passengers. He also saw the value in general aviation and the utility of owning and flying private aircraft. He became a private pilot and aircraft owner in 1975. He currently pilots GA aircraft based at SJC and always has SJC as his airport of choice for commercial flights.

Mr. Blake has served on the SJC Airport Noise Advisory Committee for over 20 years. He was a member of the airport master plan advisory committee and previously served as an airport commissioner. He brings a wealth of knowledge about aviation and airport issues to the commission.

His priorities as an airport commissioner are to ensure that SJC continues improving to better serve the needs of all users while being sensitive to community impacts. He looks forward to the continued increase in passenger count and added direct flights to new domestic and international locations triggering the final phase of terminal expansion. He also supports development of the West side of the field to meet the needs of corporate and private General Aviation.